Regular expressions are a text processing system based on a special pattern notation system. Simply put, it provides programmers with the ability to easily process and validate strings. It represents the implementation of the DRY (Don’t Repeat Yourself) principle, in almost all supported languages, the regular expression pattern will not change form at all.

The code written on the backend and frontend applications will be identical, thereby saving time for teams to implement the same features. It is also worth emphasizing that this module is ideal for working with large or complex strings, therefore makes it possible to solve problems related to them simply and quickly.

It happens over a cup of tea in the kitchen or at a team zoom-call, you can hear that regular expressions are quite difficult to learn, write and read, and in general they were invented by terrible people 😈. But is it? Let’s figure it out.

Note:
This article is relevant for those who consider regular expressions complex, incomprehensible and for those who think that basic knowledge is completely enough for work. 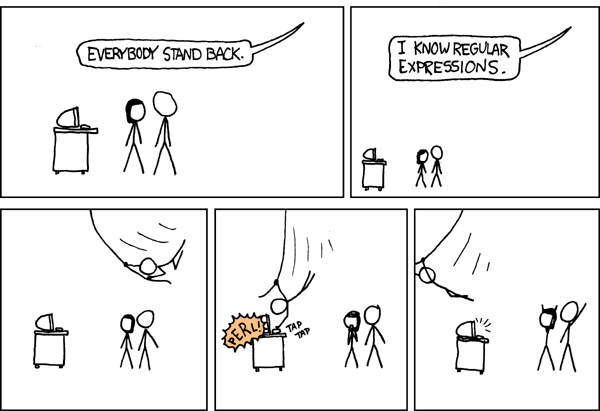 What does it look like
The following are examples in 6 programming languages ​​for determining a Russian phone number. 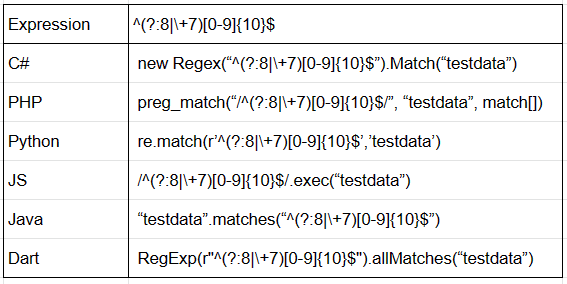 In this example, you can immediately notice the first feature of the Regex module: the condition pattern will be completely identical and you can easily share your code with a team that writes in another programming language. The ability to quickly “fumble” the code base between different teams saves time on the development and implementation of features.

History of appearance
Regular expressions first appeared in scientific papers on automata theory and the theory of formal languages ​​in the mid-1950s. Stefan Cole Kleen is credited as the person who first introduced the concept of Regular Expressions.

The principles and ideas laid down in his work were practically implemented by Ken Thompson, and with his light hand were integrated into the Perl language.

By definition, Regular Expressions are a module of your programming language that is used to search and manipulate text.

The Regular Expression Language is not a full-fledged programming language, although, like other languages, it has its own syntax and commands.

What programming languages ​​support them?
The list is quite large, here are just a few of them:

Where will it be useful?

$ – end of string (means that all conditions before this character will be the final result of the input string and after them there is nothing further. Not suitable if you want to return several results from the input string).

* – means that the previous condition before the given symbol may occur one or more times or not at all (respectively, it may be repeated).

+ – means that the previous condition before this symbol must occur one or more times (respectively, it can be repeated).

[a-z] – enumeration of a valid character in the input string, that is, it can be any lowercase Latin letter (a or b or c … or x or y or z).

– selection of any special character. 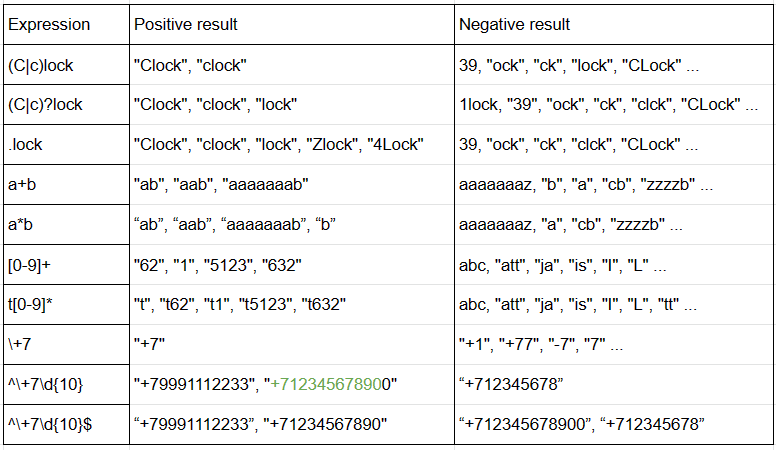 Note: The condition [0-9] can be replaced with the abbreviation d

Working with groups (Advanced)
It’s going to be a little more tricky, so get ready.

Real life example
Once, at work, I had to parse data from a QR code that was printed on checks when buying / returning various goods, services, etc. The first version of the parser was written at the C# backend. The code base of the parser was ~150 lines of code, it did not take into account some features of various fiscal registrars (devices that print checks and send data to the Federal Tax Service). To change this function, it was necessary to carefully look, check every line of code. Later, there were so many options and there was a need to use it at the frontend for validation. Accordingly, it was decided to rewrite it using regular expressions to simplify the parser and make it easy and quick to port it to another programming language.

Code example (Typescript):
This option is made through Exceptions, but can be done through return false or return null.

At the output, we get two values:

The problem of working with non-Latin
When you need to work with the entire Latin alphabet, just write [a-zA-Z]. Many people think that when working with Cyrillic it is enough to write [а-яА-Я]. It seems that everything is logical and everything is fine, but at some point you will realize that sometimes it does not work correctly for you. The problem is that the range [а-я] does not include the letter “ё”, therefore, you need to change your pattern from [а-яА-Я] to [а-яёА-ЯЁ] so that the code takes into account a specific letter in the alphabet. This problem exists not only in Cyrillic, this problem is also relevant for Greek, Turkish, China and a number of other languages. Be careful when writing a pattern that should use these languages.

Additional regex settings in C#
RegexOptions is exposed as an additional parameter in the constructor of the Regex class. It can also be specified in the Match, Matches methods.

Conclusion
Regular expressions just want to seem complicated, but in fact, the features that they provide give a lot of opportunities and allow you to simplify and speed up the work of everyone from Junior to Senior / Lead.
Please, if you have any questions, please feel free to comment, there we can discuss with you.

P.S. Don’t forget one important rule: “Programming is still cool.” and have a nice working day

Previous post What is cURL and why is it important in API testing?🤖
Next post Every Software Developer should write a blog