Simply put, I need to check if a node package is installed in runtime. The reason is that I’m building a new toolkit ZenStack, for building secure CRUD apps with Next.js + Typescript. Since it is built above Prisma, when running the CLI provided by ZenStack, it must check whether Prisma has already been installed. Otherwise, it would prompt the user to install Prisma first. 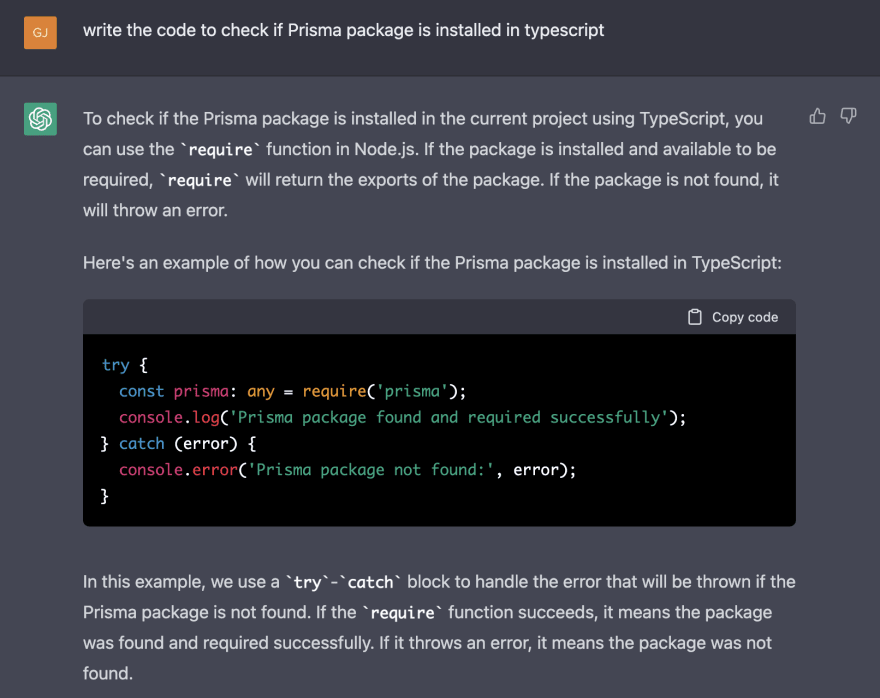 It does work, but it brings one side effect. In my CLI project, I use async-exit-hook to handle uncaught errors like the below:

After the require(’prisma’) is executed successfully, the uncaughtExceptionHandler would never be triggered.

It looks like some code is running when Prisma is imported. I’m not sure whether Prisma provides any flag to control it; even if it does, it still doesn’t sound like a clean solution to me because it is like Pandora’s box. You won’t know what gets executed.

The most direct way to avoid a side effect is to use a separate process. So how would you do that if the job is assigned to you? I will use the npm command. So let’s ask the omniscient again: 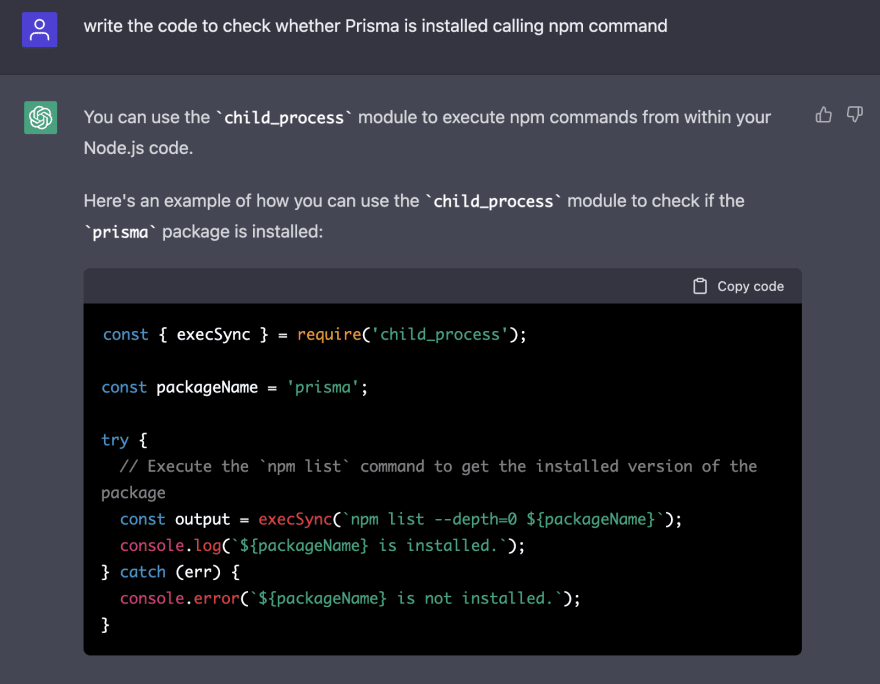 As good developers, we should always try to think further. What if the npm command is not installed or is broken? If we know how npm finds the module, we could do that ourselves. 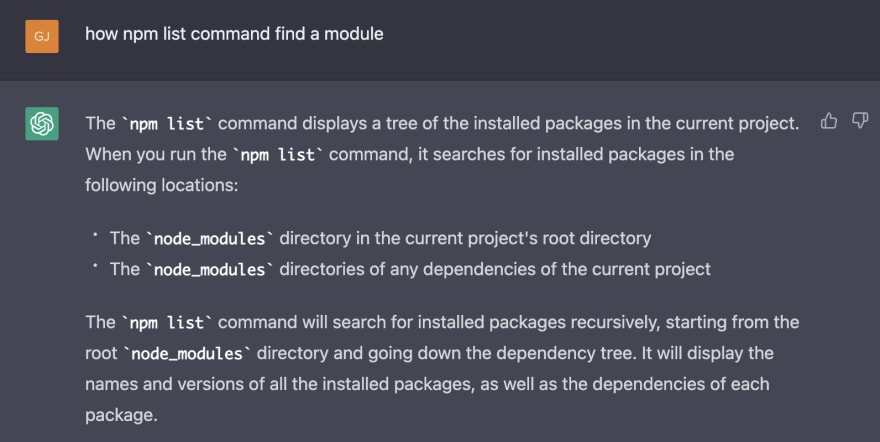 As the npm command obviously won’t execute any code for the package, it does find the name and version as the answer specified:

So, where does it get the version information? Of course, from package.json file. Actually, you can easily verify it by creating dummy-package folder under node_modules, and then creating the package.json file with the below content:

Then after running npm list --depth=0 dummy-package , you could see the package info:

Therefore, instead of requiring the module like the original solution, we could change it to require the package.json file like:

Not only does it get rid of the side effect, but also you could get more information for that package, like version, etc.

Anyway, you can see ChatGPT really could help us a lot, even writing the code for us, but it is us who actually think and resolve the issue thoroughly. Coming to the thought that AI would replace developers, I think Google should worry about that rather than us. 😉