RPG In A Box – A Game Dev Tool For Everyone

One recent evening, my husband grabbed my attention, to show me a newly free title on Epic Games, called RPG In A Box. On a brief read of the description I figured it sounds interesting, so he added it to his library so we can try it for free later.

Fast forward about a week, and my oldest son -10 years old- starts excitedly telling me about a game that he’s making. With a shop, and different weapons based on which class you are going to be, that he’s building inside of… Minecraft. Now, this is not very unusual. He’s had a strong interest in making games for a couple years now. From printouts and leftover minis turned into board games – my favourites being “Don’t Wake Mom!” and “AmongUs Ants: Board Game Edition”. To game authoring tools aimed at children like level editors in games like Mario Brothers and Battle Block Theatre, to more recently Game Builder Garage which we own on the Switch. He’s constantly building things in these tools. He even play tests and tweaks them repeatedly to get the balance just right.

The downsides to these video game options, is that the games you create with them are trapped inside of those tools. To play one of his Game Builder Garage games, you must also own Game Builder Garage. As kid-friendly as these are, they are walled gardens and typically it’s just his brothers and us his parents who play his games. I also get the feeling that what he really wants to create is a bit beyond the scope of these tools. Custom quests and characters, big maps and the ability to tell a story.

In comes RPG In A Box. It’s a game development toolkit that is very approachable. You can write simple scripts with a visual editor or dive into the code to create more complexity. It comes with a variety of editors for maps, voxel models (voxels are like pixels but 3D), combat, sound effects, quests and more. Everything is layed out well in a nicely designed interface. Every menu option and tab has an icon next to it, which aids in the friendliness. There’s detailed in-app documentation, and a full demo game that you can load up and edit, to study how it works or to use as a starting point. You can even start a fresh game but import the assets from the demo game to get you rolling.

The game lets you export your games for Windows, Linux and Mac computers, and you aren’t trapped in the RPG In a Box ecosystem. You are allowed to sell your games without royalties, and there is even a free demo version (which I started using from Steam on my Linux machine, to learn alongside my son) which has all the features, just a limited map size and a branded splash screen on exports. 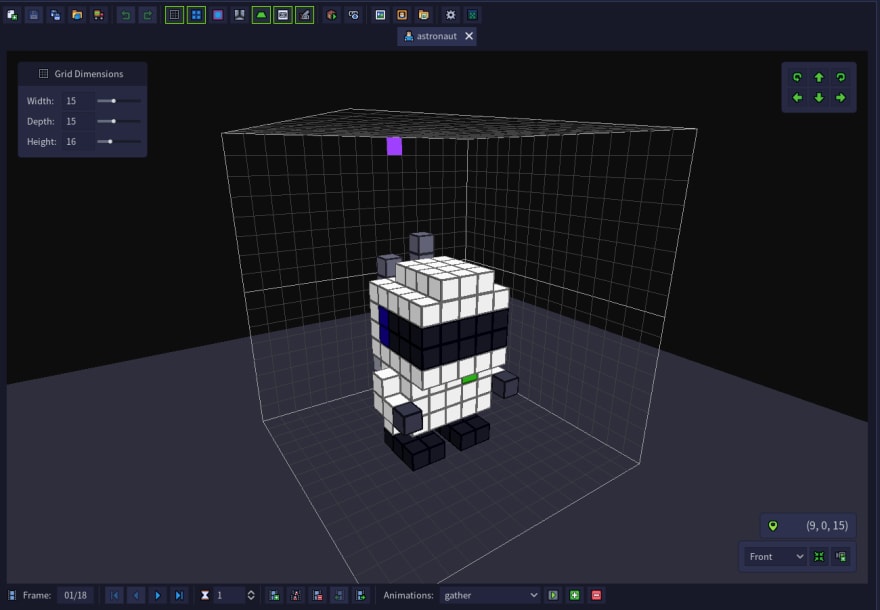 My son and I have been at it for a little over a week. It’s all he wants to talk about and he’s been eagerly offering to do extra chores to earn additional computer time. We’ve been picking things up surprisingly quickly. And I’ve been quite pleased to discover that he’s been figuring out aspects of the tool that I haven’t even touch yet myself. For example he’s managed to get his game to trigger several turn-based fights with the combat editor, and we didn’t even watch a tutorial on that aspect of the tool. I really thought I’d have to help him a lot more, but he’s running with it.

Which brings me to the one criticism I have so far. RPG In a Box is new to the scene. It released version 1.0 in May 2022. And its userbase seems small so far. As a result, the amount of user-generated content like tutorials, beginners’ guides, etc are very limited. There are only a few YouTubers who’ve created videos on how to use the application. The official RPG In A Box channel has a completely fantastic tutorial series on YouTube by the creator’s wife which are 100% perfect for beginners, but unfortunately they cover the voxel editor only. If you want to go beyond map and voxel model editing, and a bit of Bauxite (the scripting language) and the very basics, you’re out of luck. There is high-quality documentation in the app and on the website, but as of this writing it’s incomplete. For example, the online docs wiki refers in several pages to quests (there is a Quest editor in the game), but the quest page on the wiki is currently empty.

It’s understandable that the rush to add new features is very real and it’s hard to justify time for documentation or tutorials when users are rabidly demanding the next feature or a critical bug fix. However in this stage of a tool’s lifetime, capturing those interested users who just need a bit of a hand-hold to really adopt your software is worth its time in gold. If I could make one suggestion to the creator, Justin, it would be to set aside a sprint or two to JUST work on documentation, and to definitely continue the tutorial series that Sarah started creating on YouTube. After the voxel editor, the tutorials don’t need to be quite so beginner friendly. A 20 minute overview of each tool in the software and also a video series on how the demo game was made, would be a great start. The game does have a very active Discord server and I’ve been receiving a lot of help there as well. 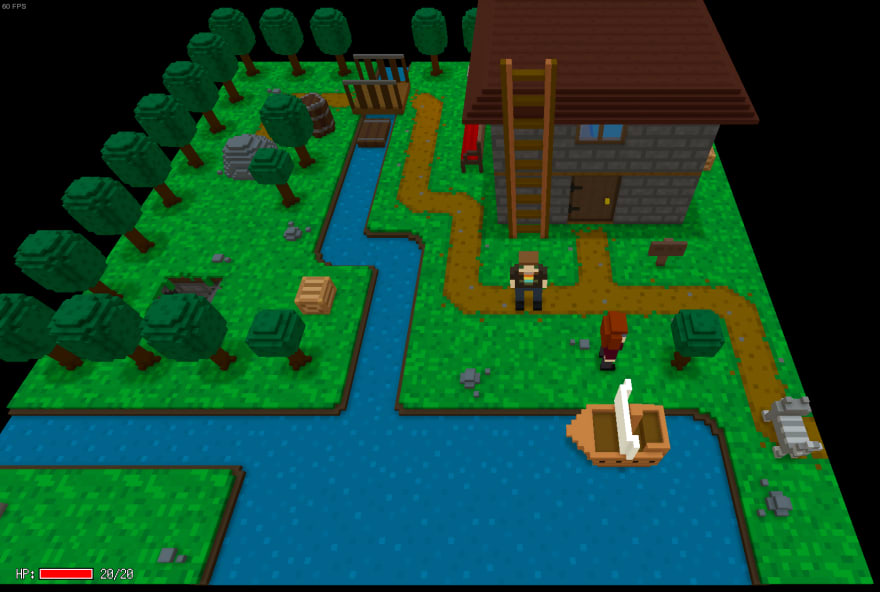 To put my money where my mouth is so to speak, I will be creating a series of posts on my blog to cover tasks I’ve figured out how to do, and useful bauxite scripts I’ve written for common tasks in RPG In a Box. Hopefully helping to make it so when users google common, problems, they find RPG In a Box specific answers. 🙂

Conclusion: I will absolutely be buying the full version soon, and probably creating a bunch of guides and maybe some YouTube tutorials myself. More documention and YouTube guides will come with time, because a tool this great and this approachable will gain passionate users like a magnet. If you’re looking for a friendly, useable game authoring tool, and especially if you’re looking for something you can use along with your older kids and teens, or for students in school, this is a great option for you.

Clean Code Tip: Don’t use too many method arguments

Passing Markdown components to React or Preact in Astro