In Golang, a socket is a communication endpoint that allows a program to send and receive data over a network. There are two main types of sockets in Golang: Unix domain sockets (AF_UNIX) and network sockets (AF_INET|AF_INET6). This blog post will explore some differences between these two types of sockets.

The file system provides a reliable and efficient mechanism for transmitting data between processes. Only the kernel is involved in the communication between processes. The processes communicate by reading and writing to the same socket file, which is managed by the kernel. The kernel is responsible for handling the communication details, such as synchronization, buffering and error handling, and ensures that the data is delivered reliably and in the correct order.

In Golang, Unix domain sockets are created using the net.Dial “server” or net.Listen “client” functions, with the unix network type. For example, the following code creates a Unix domain socket and listens for incoming connections:

Let’s test the above echo server using netcat, you can use the -U option to specify the socket file. This allows you to connect to the socket and send and receive data through it.

Network sockets, on the other hand, are used for communication between processes on different machines. They use network protocols, such as TCP and UDP. Network sockets are more versatile than Unix domain sockets, as they can be used to communicate with processes on any machine that is connected to the network. They are commonly used for client-server communication, such as web servers and client applications.

In Golang, network sockets are created using the net.Dial or net.Listen functions, with a network type such as TCP or UDP. For example, the following code creates a TCP socket and listens for incoming connections:

Basic Profiling from a client perspective

Things to notice in these basic profiles are:

To use a Unix domain socket with an HTTP server in Go, you can use the server.Serve function and specify the net.Listener to listen on.

Using an HTTP server with a Unix domain socket in Go can provide several advantages, which were named in this article, such as improved security, performance, ease of use, and interoperability. These advantages can make the HTTP server implementation more efficient, reliable, and scalable for processes that have to communicate between the same machine.

One of the main security features of Unix domain sockets is that they use file system permissions to control access. The socket file is created with a specific user and group and can only be accessed by processes that have the correct permissions for that user and group. This means that only authorized processes can connect to the socket and exchange data.

For example, imagine you have two containers in a K8s pod, which must communicate with each other as quickly as possible! 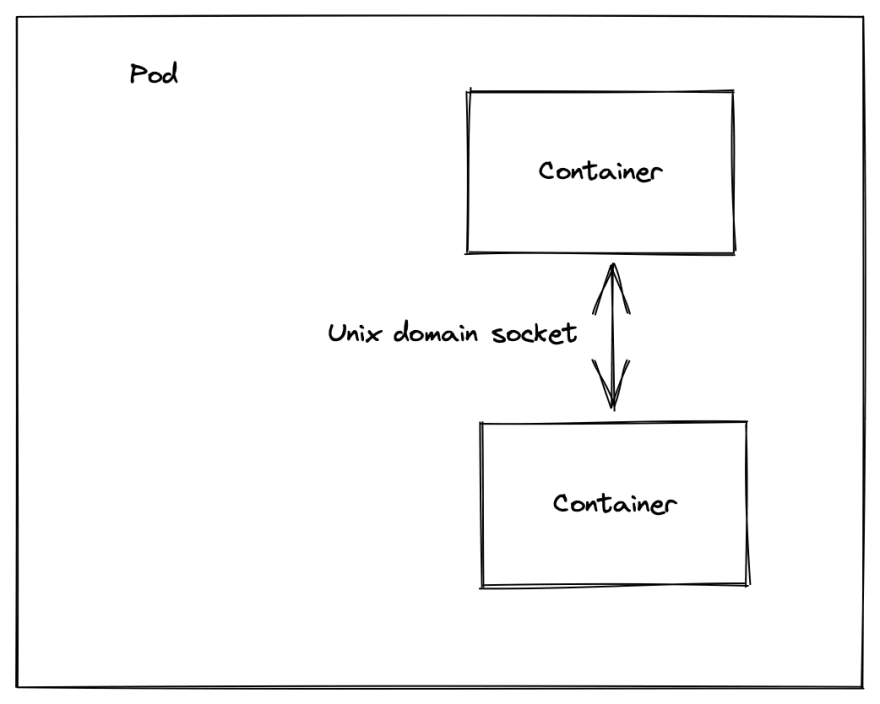 In conclusion, Unix domain sockets and network sockets are two important types of sockets in Golang and are used for different purposes and scenarios. Understanding the differences and trade-offs between these types of sockets is essential for designing and implementing efficient and reliable networked applications in Golang.