Node.js visualized: promise, async/await and process.nextTick under the hood

The article assumes you are familiar with the event loop and its phases.
Promises saved the day for thousands of JavaScript developers, but do we know how they work under the hood?

Back in the day, the callback hell was the norm to handle asynchronous operations. A simple JavaScript script to read a file and insert its content into the database could have resembled this snippet. 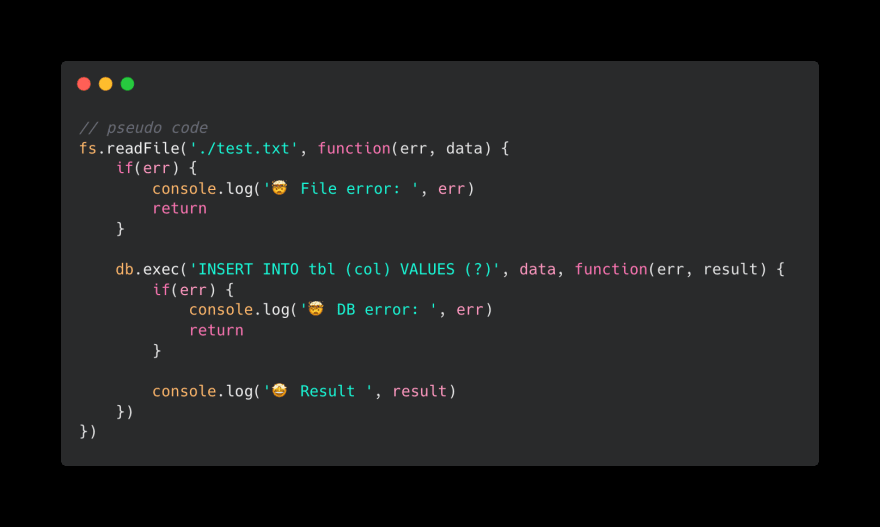 Luckily, we don’t have to deal with this nested structure anymore because of promises and async/await. 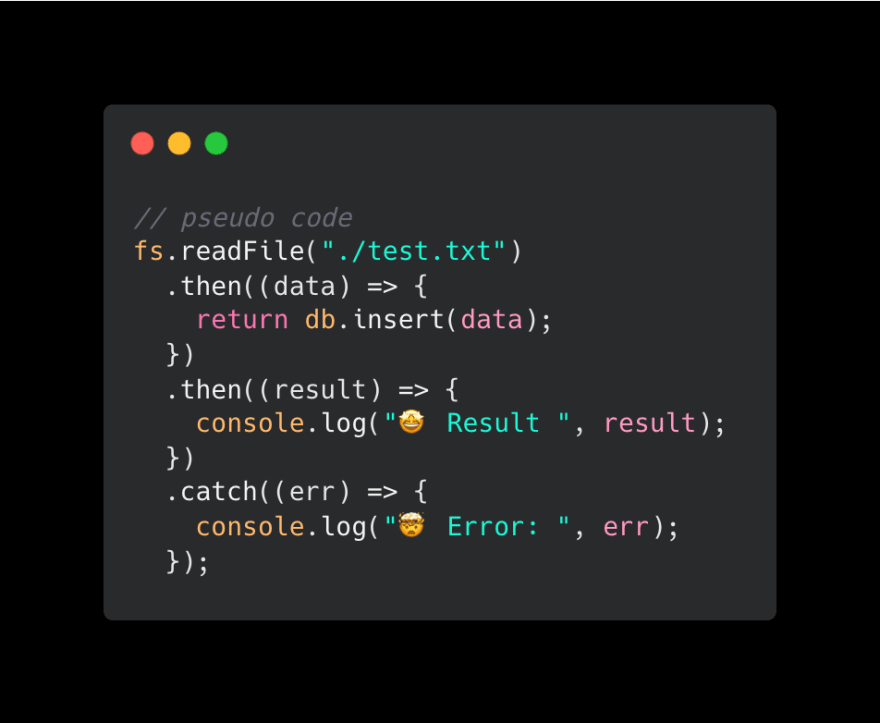 The MDN definition for a promise is “the eventual completion (or failure) of an asynchronous operation.”

The definition feels like we are dealing with some form of obscure magic 🧙‍♂️, but, in simple terms, a promise is a container for future value.

A promise behaves to a certain extent like a browser containing either the desired page content or an error message. Whenever we navigate to an address, our web browser can be in three different states:

A newly created promise is in pending status.

Similarly, an I/O operation like a database query is pending until it resolves or throws an error.

We can attach a .then/.catch listener to handle the future value of the promise. Once the resolve/reject function is invoked, the promise changes its status from pending to fulfilled/rejected.

Modern JavaScript is all about async/await, but these two expressions are an alternative way to write promises.

We can rewrite the database snippet with promises to async/await or vice versa. 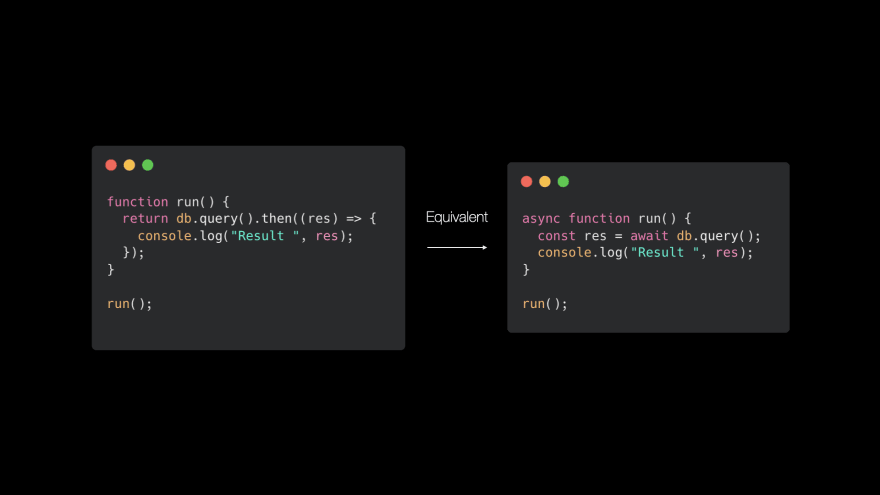 If we are particularly evil 😈, we can mix the syntax and confuse our colleagues (Highly discouraged for readability and consistency 😆). 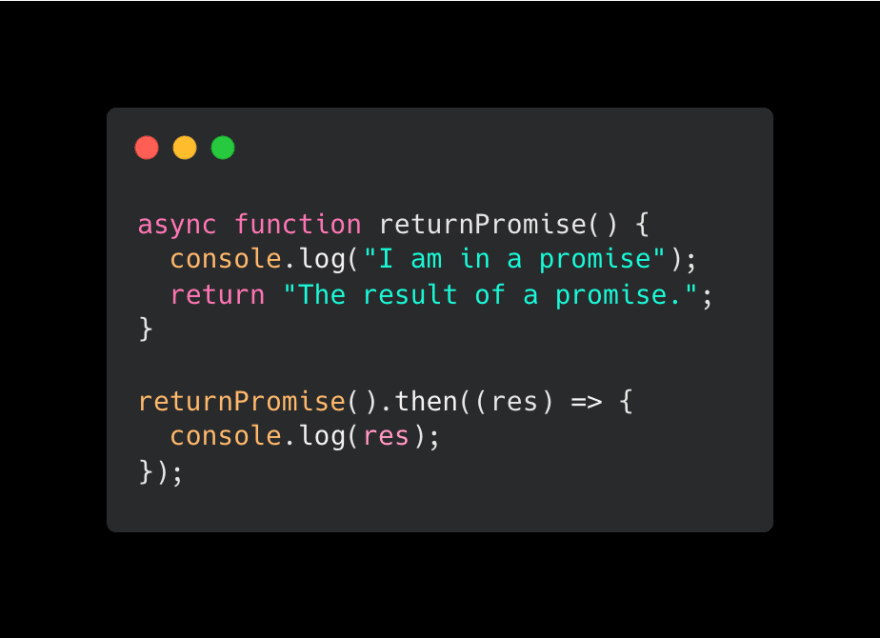 Promises under the hood

Promises seem to be processed synchronously, but their execution is delayed to a specific point in the future.

The following script shows that console.logs are run before the promise callback.

Under the hood, the V8 engine memorizes the callback function and pushes it to a microtask queue when the promise resolve/reject.

Once the call stack is empty, V8 can process microtasks.

The microtask queue and the event loop wait for the call stack to be empty before pushing tasks for execution, but which one has the higher priority?

The following script shows that Node.js and its internals will always try to exhaust the microtask queue before handing control back to the event loop and its phases:

setTimeout and Promise.reject queue up a macrotask in the timer phase and a microtask.

The setTimeout callback invokes setImmediate and pushes another promise microtask that will be executed at an empty call stack.

Is everything for microtasks?

No, process.nextTick also schedules microtasks that Node.js manages in a dedicated queue and have higher priority (in CommonJS) than the promise queue and the event loop phases.

In the following script, Node.js places the callback in their queue.

Once the call stack is empty, Node.js processes the process.nextTick microtasks, followed by the promise queue and the event loop phases.