“I’m not a jack of all trades; I’m a master of many. I don’t feel there is anything I can’t do if I want to.”—Evel Knievel

The only constant in the digital world is change—learning only one technology or one skill isn’t enough to survive in the tech industry, let alone thrive.

Coding Dojo knows that, and that’s why we offer a  14-week, 3 full stack bootcamp for students of all backgrounds— helping them become versatile and self-sufficient developers.

Ever since Konrad Zuse created the first high-level programming language “Plankalkül” between 1942 and 1945, programming languages have come so far. But before we go more in-depth on studying stacks, let’s look at the number of software engineers in the US.

In 2017, Daxx.com claimed that there are 4.2 million people who can write or read codes in the US on a daily basis.

Companies shift their openings towards new technologies, opportunities, and trends to enhance the current programming ecosystem. Kris Ekenes, Software Development Engineer at Skilljar and former Coding Dojo instructor, gave some insight into how different regions can affect programming language popularity: “For each major city, the most popular programming language will be different. This is likely due to a few factors – the highest impact being the presence of certain large companies.”

Parallel to job trends and market demands in the US, Coding Dojo designed an adaptable curriculum learning platform that uses up-to-date technologies and highly specialized course structure to help students in their future endeavors.

Why Learn Full Stack in 3 Languages

Donovan An, our lead instructor in Seattle, said “self-sufficiency, marketability, and ROI” are the three primary reasons why learning three full stacks in our bootcamp is essential. Coding Dojo provides the necessary tools and learning environments to foster collaboration and transform neophyte developers into highly skilled, sought-after developers.

If you visit our website, you’ll see that we teach six of 2018’s most in-demand programming languages based on data gathering conducted by TIOBE Index, a programming community index. 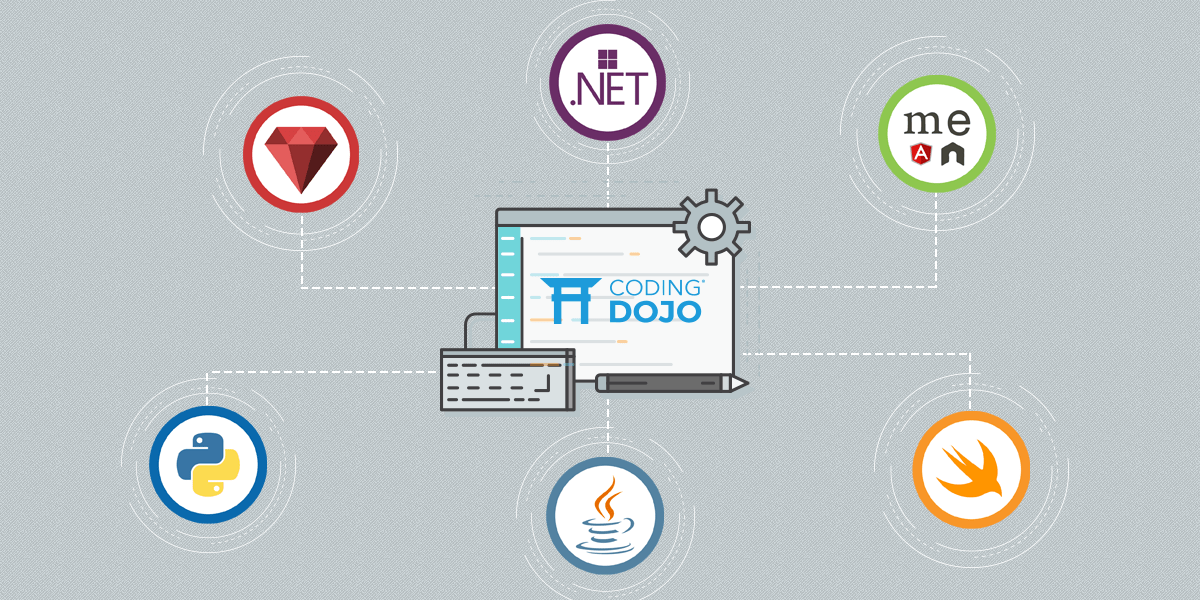 “You can never understand one language until you understand at least two.”

Programming is needed in almost every field–manufacturing, software publishing, finance and insurance, computer systems design and other related services. That makes the knowledge in programming one of the primary requirements of many businesses and companies.

Last January 2018, Coding Dojo released the result of their research on the different coding language requirements for job openings of the top 25 companies of Fortune 500.

Coding Dojo’s Head of Curriculum, Speros Misirlakis offers some advice:“While specific jobs might focus on a particular language, this research shows that a single language could be a long-term dead-end. Aspiring and existing developers must learn coding is common building blocks and ultimately become fluent in multiple languages to have the adaptability and flexibility for a successful career.”

Proper preparation prevents poor performance. Like a warrior in a battle, full stack developers must be well-equipped through intensive training in programming to take control of the digital world and win the war against errors, bugs, and glitches. They become unstoppable because they have an arsenal of weapon of broad experience and an unlimited supply of knowledge for they have mastered the art of programming.

If you’re interested in becoming a three full stacks developer, come and visit our website at  www.codingdojo.com and see how we can help you achieve your goal.

Clean Code Tip: throw exceptions instead of returning null when there is no fallback